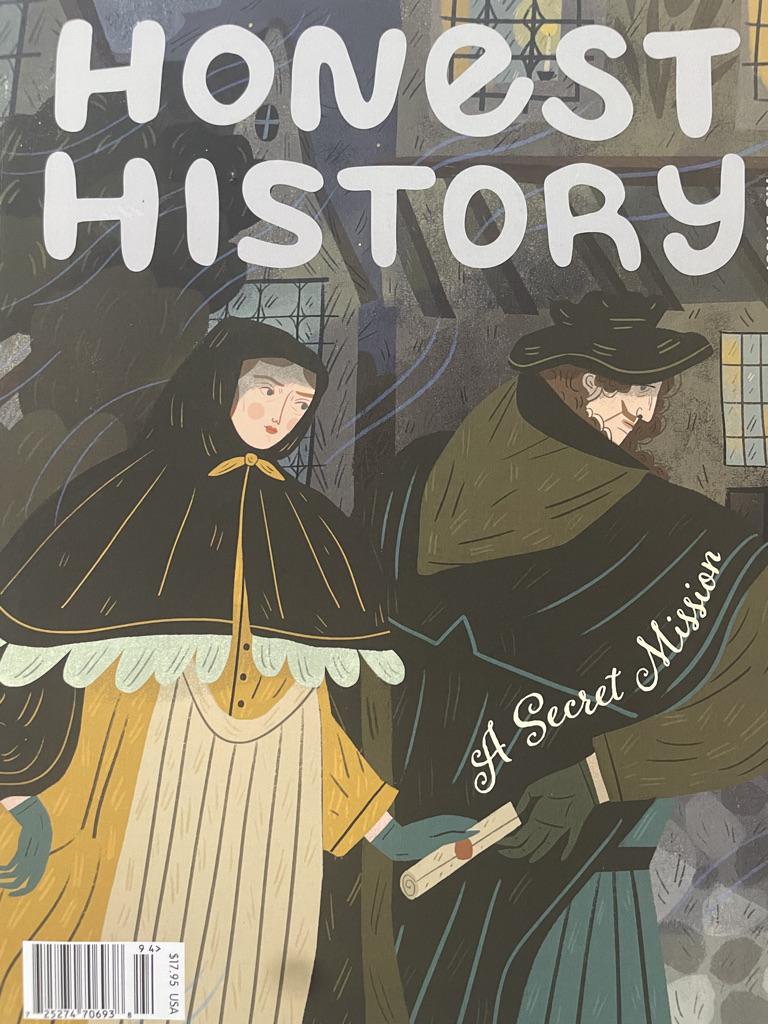 This issue of Honest History was all about spies. Spies have been around since ancient times.  The Egyptians, Greeks, Byzantine Empire, and even Japan used them to gain information about their enemies. The feature story in this issue was about Susan Hyde who was a spy in England.  She used invisible ink, code words, and a fake name or alias to send messages to her brother Sir Edward Hyde.  She was a messenger for relaying information against Oliver Cromwell who had created his own intelligence service to spy on her brother and others who wanted to rebel.  Susan eventually got caught and put in prison where she had a mysterious death. There were many women spying during this time who developed new ways to send messages secretly.  One method they used was to put small notes inside of eggs soaked in vinegar for 4-5 hours.  The egg would be cut open with a small slit where the note was placed and then the egg was placed in cold water.  This ensured that the egg didn’t leak out and the message stayed there.

The CIA, or Central Intelligence Agency, is part of the United States government.  It was started in 1947 by President Harry Truman. It was not the first intelligence agency.  Britain started MI6 in 1909.  MI6 was very helpful during WWII.