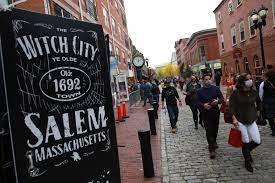 My Trip to Salem, Massachusetts 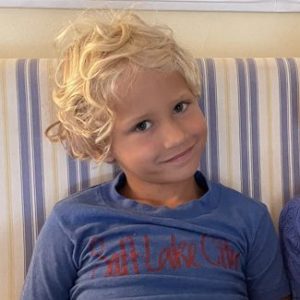 We drove to Salem and here is what we did:

We stayed in an Airbnb that was close to town so we could walk there.  It was October and lots of people come for Halloween festivals in Salem. We saw creepy guys walking down the streets dressed like scary characters from movies and shows and games. We saw Slender man, the Doll from Saw, Michael Myers, and some more I didn’t know who they were. One day we did a witch tour that was all about the history of Salem and the witches.  In the end, they gave us a crystal and a spell for using.  One thing I learned is that witches aren’t bad they can do good spells.   But the people in Salem thought they were bad and many of them got killed.  We visited a memorial with the names of all the witches who got killed. We also went to the Witch house that was in the movie Hocus Pocus. We also visited the Pioneer Village that is the oldest living history museum. The village was built in 1630.  We also saw another house from Hocus Pocus it was Max’s house.