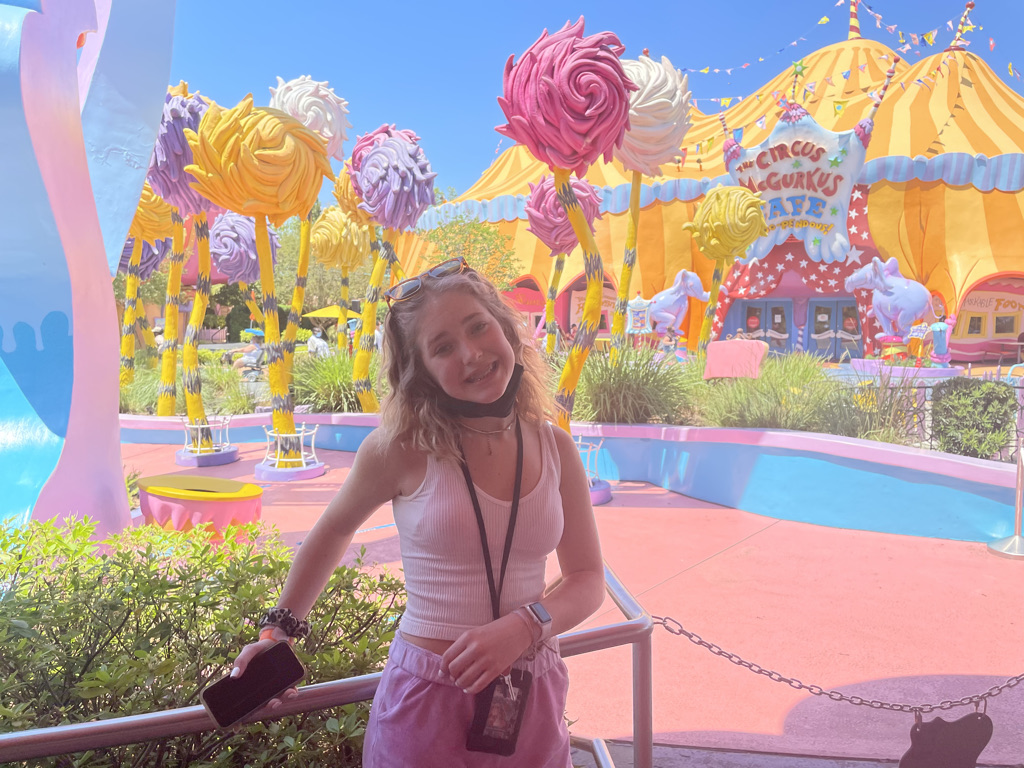 Me, my mom, my brother, and stepdad went to Universal Studios in Orlando Florida for a week and stayed in a Hawaiian themed hotel called Loews Royal Pacific Resort and everyday we had to walk on a path to the parks. A few years ago I went to Disney World in Orland with my dad, my stepmom and little sister and we drove for two days instead of flying. This year we flew and it was my first time flying. On our first day we went to one of the parks in Universal Studios and it was pouring rain and then later went to dinner, the second day we went to the waterpark in Universal Studios, Tuesday and Wednesday we did the same and Thursday was our last day and we walked on City Walk for almost the whole day and then went to the hotel pool for a little before we had to get to the airport for our flight home.