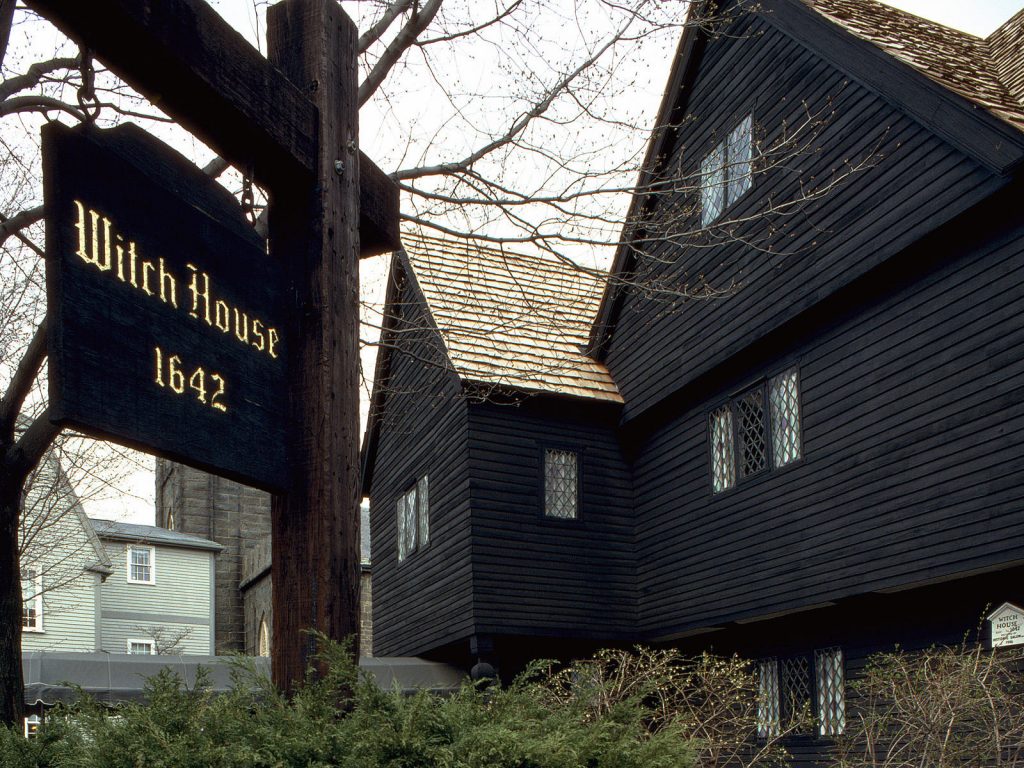 Me, my mom, brother, my moms best friend Bonnie and her daughter Adriana drove to Salem for a few days and took one of the which walks around the town of Salem discussing the history of The Salem Witch Trials.

The trials began during the spring of 1692 after a group of young girls in Salem Village claimed to be possessed by the devil and accused of several local women of witchcraft. Wave of hysteria spread throughout colonial Massachusetts, a special court convened in Salem to hear the cases the first convicted witch, Bridget Bishop, was hanged that June. Eighteen others followed Bishop to Salem’s Gallows Hill, 150 more men, women and children were accused over the next several months. By September of 1692, the hysteria had begun to decrease and public opinion turned against the trials. Though the Massachusetts General Court later annulled guilty verdicts against the accused witches and granted indemnities to their families, bitterness lingered in the community, and the painful legacy of the Salem Witch Trials would endure for centuries.